Organization of neural activity across the brain

Behavior arises from neuronal activity, but it is not known whether the active neurons are concentrated in specific regions or distributed widely across the brain. Novel technologies allowed us to record from >30,000 neurons across the mouse brain during behavior. The results reveal distinct networks supporting engagement, vision, choice, and action. The network supporting choice is made of neurons that are distributed sparsely and widely across regions. This and other results suggest a new view for the role of brain regions in brain function. 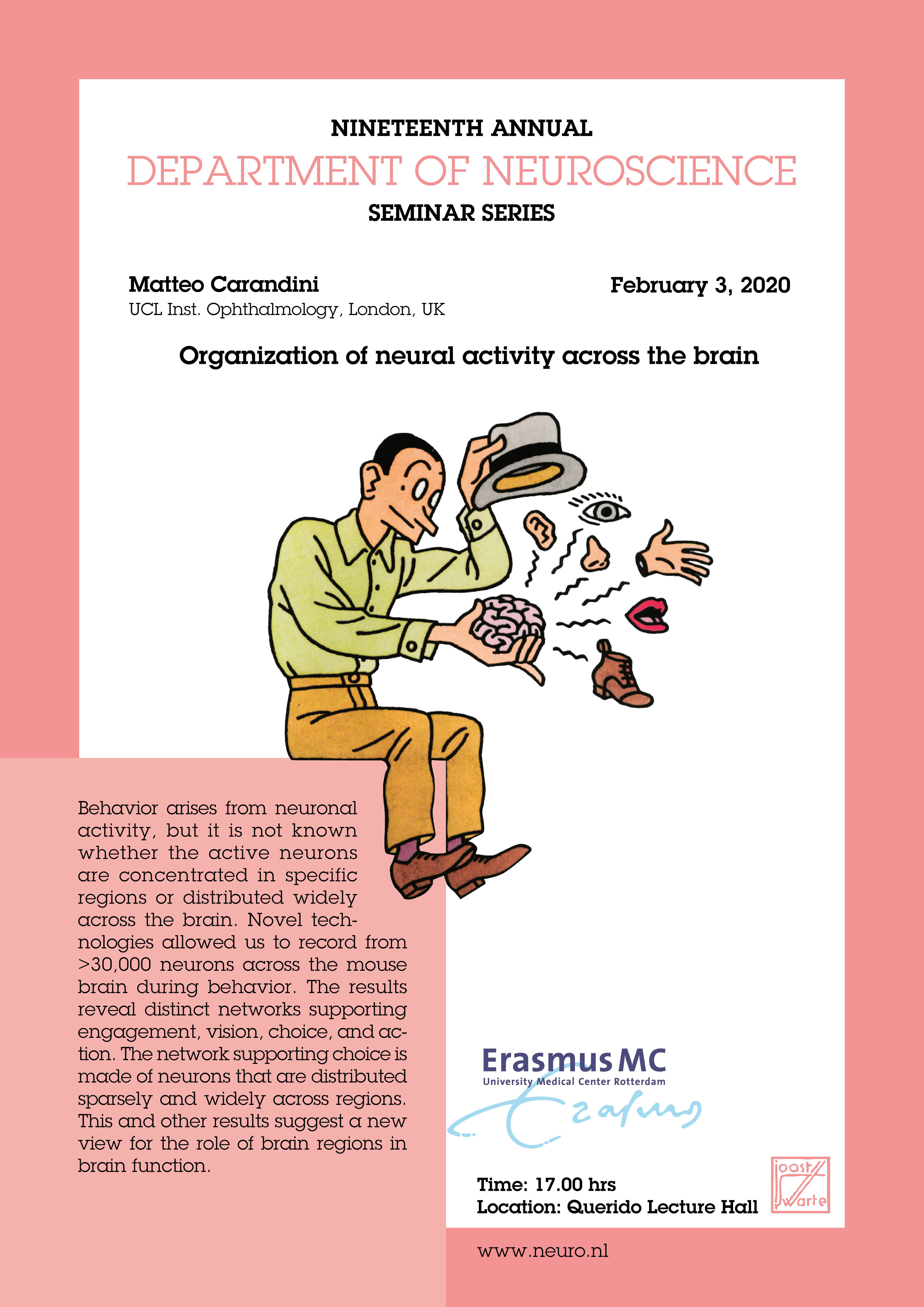